I have had a keen eye for cars & bikes ever since I was old enough to drive. I spent a decade working with a plethora of after-market performance based magazines all over the world and continue to do so.

Career highlights for me were being able to photograph cars from a helicopter, exclusively fill the McLaren showroom in Sydney with my print work, and sharing my automotive photography with Canon Australia through a number of talks to test and launch their 50 megapixel EOS 5DSR camera in 2015 and the R5 Mirrorless in 2020.

I have also expanded into commercial & portraiture work and you can see my expanded portfolio at brodiebutler.com

Driveline.net.au was originally an Automotive Events website founded by Brodie Butler, dedicated to the West Australian street car and motorosport scene. The name Driveline was spawned by Ross Dobbie, who suggested it combined the elements of “driving” and being “online”. It made sense and the website operated essentially as an online magazine complete with feature articles, event photos and the only custom built events calendar showcasing every upcoming automotive event in W.A from the street to the track. The website launched in the pre-social media era all the way back in 2004 and grew to be a well known resource in the community. 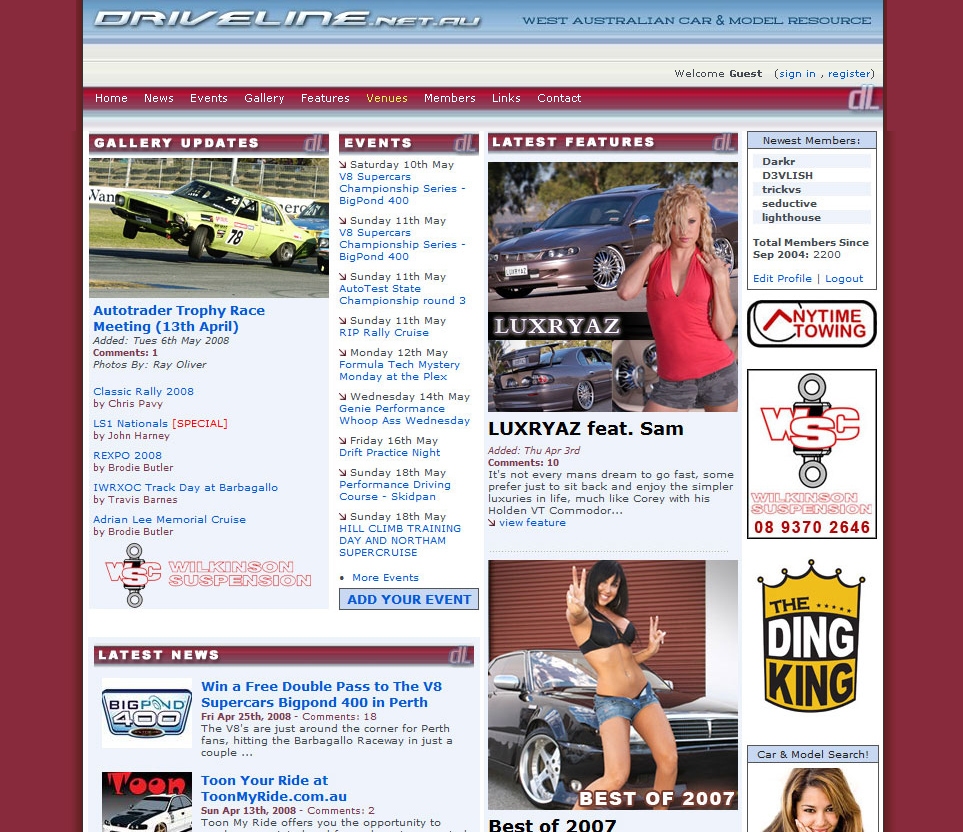 To contribute more content to the site, Brodie decided to purchase a Digital SLR camera; namely the first Canon Digital Rebel (300D). From that point on the content grew and the site then became the largest catalyst to launching Brodie’s photographic career. Some of Perth’s greatest automotive photographers contributed images to the site alongside Brodie including photojournalist Rick McDowell, motorsport shooters John Harney, Travis Barnes, Ray Oliver, Chris Pavy and more.

The site built a strong partnership with the motorsport venues, local car clubs and continued to develop it’s event calendar to be a reliable and reputable source.

As the site continued to expand with more feature articles, more event photos as well as behind the scenes content from magazine shoots, the member base grew to over 3,000 people and began attracting sponsors and a lot of other support. After 4 strong years, sadly the doors closed. Since the site was a custom built web development project by Brodie, it was not sustainable for him having to juggle part-time University, a full time job and now a side-hustle photography career.

Unable to commit to the on-going updates and development of the site, and with social media platforms such as MySpace and Facebook just starting to gain traction and drastically change the landscape of the web, the site was sadly shut down in 2008.  In 2019 it was relaunched where it stands now purely as a automotive photography portfolio of it’s founder; Brodie Butler, and provides a legacy of something great that once was.